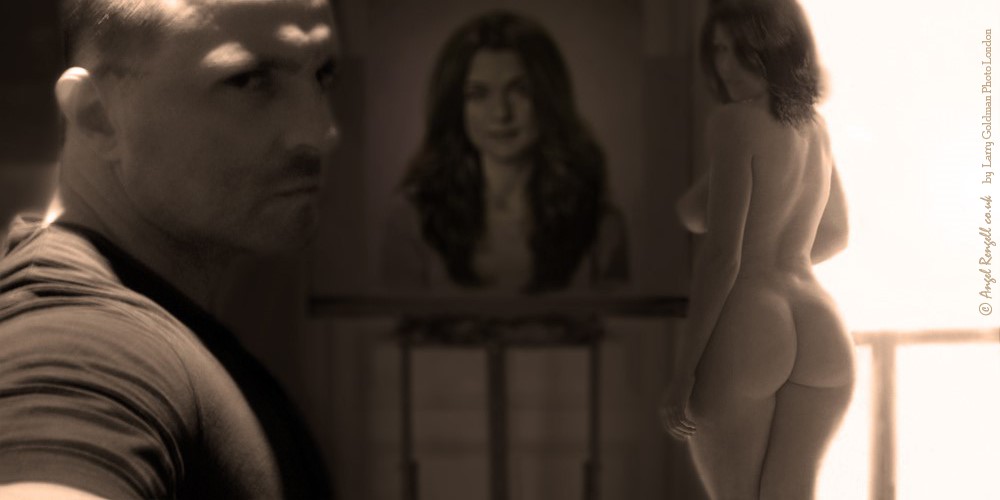 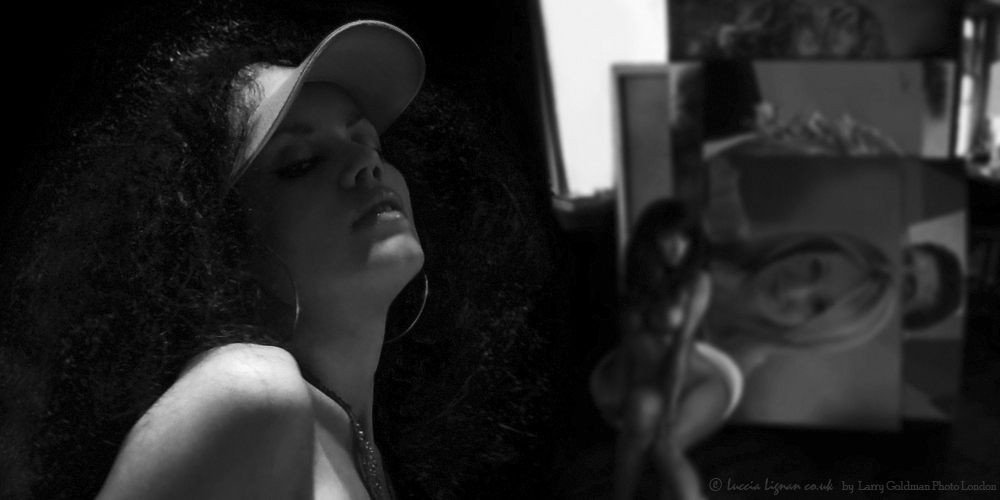 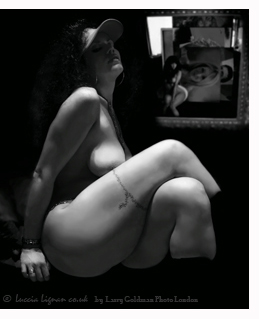 In this enlarged snapshot, the photographer captured Luccia Lignan's most indelible impression, made with all the inspiring qualities of a Muse, inspired in and of herself.

Her figure shows a harmony of forms that combines with the form of her head being tilted back, her curvaceous posture overcome with the spotlight. The mirror reflects the interior of her studio and her model, that is, the female body, with all its sensuous energy.

Larry Goldman moves in front of Angel Rengell and focuses his lens on him, capturing the spontaneity of Rengell and his appreciation of the female figure. The snapshot is taken before the model begins her pose. The Artist Angel Rengell, gestures his left hand in the form of a "V" for "Venus", in allusion to antiquity and the most beautiful goddesses.

This photo is part of a photo session conducted jointly with his wife, Luccia Lignan, in the intimacy of their studio in London. 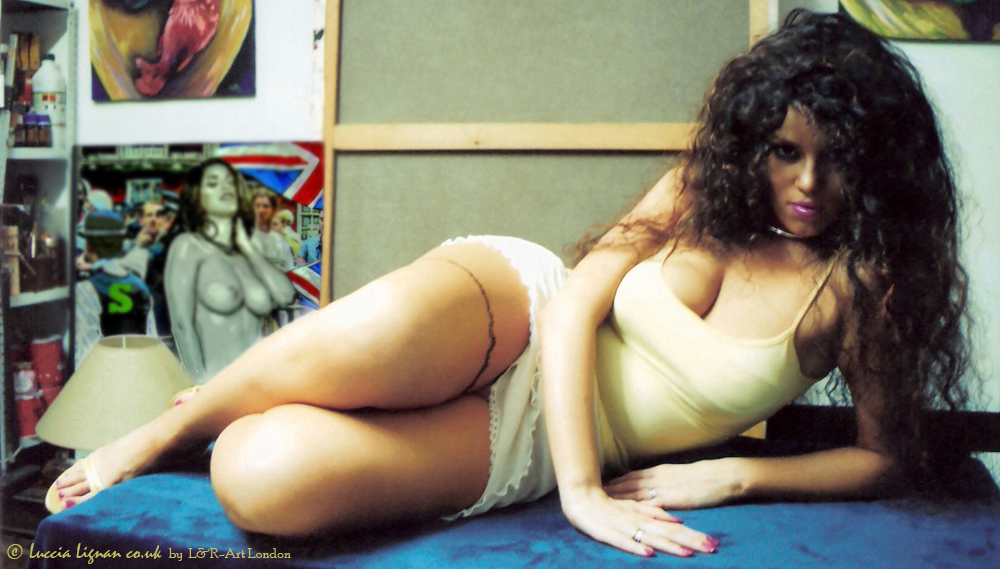